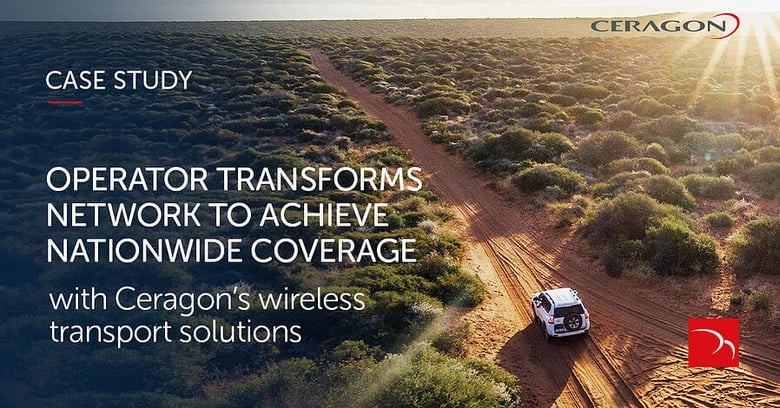 A leading telecom operator in the Pacific Rim region was interested in a major upgrade of its national network. A savvy early adopter of 5G, the operator wanted to expand and improve its urban network coverage, and achieve nationwide coverage by increasing its coverage in the country’s rural areas. The operator turned to Ceragon to serve as its partner for this strategic undertaking.

The operator previously had launched its 5G services in major metropolitans in 2019, having since deployed over 700 sites. As a leader in 5G, the operator was committed to expanding the coverage and capacity of its urban network. It also wanted to deliver reliable connectivity for, and expanded coverage of, its rural network – a challenging task considering the country’s great distances and geographical barriers between remote towns. The operator wanted to execute these network upgrades in a rapid manner while minimizing capital and operating expenses.

Read about the solution