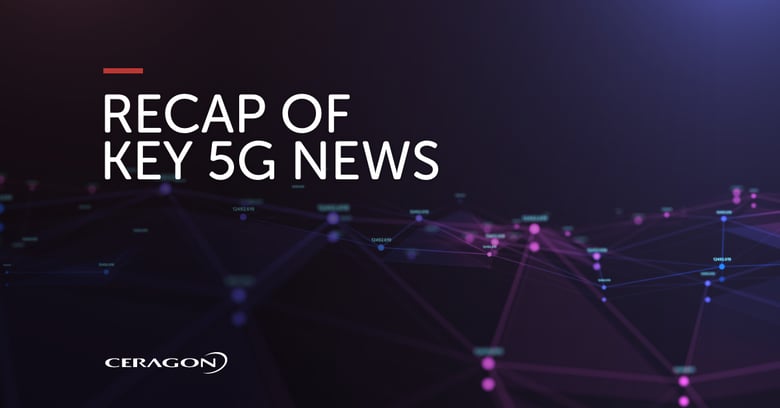 T-Mobile turned on 5G in and around the Veterans Affairs Healthcare System in Miami. The deployment used 2.5 GHz spectrum and in-building radios and is T-Mobile’s first custom 5G installation in a hospital setting. 5G connectivity will support patients and the hospital’s staff with capable handsets and ‘Ultra Capacity 5G’ to help doctors and nurses access medical charts and imaging results requiring a lot of bandwith.

Deutsche Telekom finished Q4 2020 with a stellar performance with a surge in its top-line. In its earnings statement, the company stated it had reached triple digits and broke “new financial ground”, recording €101 billion revenue in 2020 driven. While the company did very well on home ground, Germany, its Europe division saw a 2.9% reduction in Q4 revenue while its overall revenue was driven by its US unit which experienced an “excellent first year.”

HPE expanded efforts to cash in on operator interest in open RAN, launching a hardware and software stack for 5G. The company aims to add value “from a technology and delivery perspective” rather than compete with traditional equipment vendors. Trials of the new stack are already underway, and “several partners” are nearing deployments.

Cisco gets in on 5G action, including 5G private wireless

Cisco is using 5G as an opportunity to help its customers move from legacy appliance-based architectures to cloud-native virtualized infrastructures as they update their core networks. The GM of Cisco's Mass-Scale Infrastructure, said, “I cannot overemphasize the capabilities of cloud-native technologies as it relates to every aspect of network infrastructure, but especially inside of the mobile network.”

Samsung Electronics set a new 5G speed record during testing of E-UTRAN New Radio Dual Connectivity (EN-DC), a technology standardised in 3GPP Rel-15. It achieved a data rate of 5.23Gb/s. This was during a trial at a laboratory in South Korea that combined 40MHz of 4G spectrum with 800MHz of mmWave 5G and its Galaxy S20 Plus handset.

The FCC recently held a formal discussion on Open RAN, “seeking input for a comprehensive record on the state of the technology, benefits and challenges, and how federal policies could help foster development.” The organization is attempting to leverage Open RAN too push the US as a leader in 5G, and using US-based technology as an alternative to forigen vendors.

The number of 5G networks that have been launched across the globe has surpassed 150 in more than 63 countries. This latest milestone, along with the news that there are now more than 600 5G compatible devices, has shown that 5G is continuing to grow exponentially with no signs of slowing down.

The FCC is gearing up for auction of spectrum in the 3.45-3.55 GHz band in October 2021. With this auction, 5G should reach more remote areas around the country and expand the use of the G network throughout the United States. The FCC is setting a reserve price of $14.8 billion, in part to help cover relocation costs for incumbents in the band. The C-band auction was dominated by Verizon and AT&T but the hope is that the way the 3.45 GHz auction is being set up should enable wider participation from smaller entities.