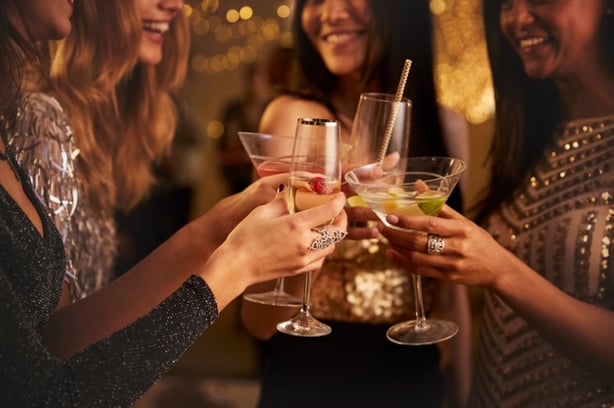 A Guide for Successful Speed Dating Part I – The Cocktail Party

How do speed dating and cocktail parties relate to telecom, backhaul and all the other topics we usually discuss in this blog?

The idea behind this post is to simplify some rather complicated networking concepts by using analogies from our day-to-day lives. What I want to describe, eventually, is how disaggregated wireless backhaul helps us overcome mobile networks challenges as those evolve towards 5G. For this, I would like to describe the backhaul challenge as a speed dating scene.

In cognitive psychology, the term “cocktail party effect” is used to describe selective attention, and was studied intensively over the past century. We engage in conversations in a very loud environment (e.g. a cocktail party) by masking background noises, but are still aware of someone from the crowd calling our name. It is common to describe the multiple access communication challenge using the same model. The difference here is that in multiple access communication we have control over each individual’s behavior, unlike in real life.

The model describes a multiple access system, such as a radio access network (RAN), as a cocktail party. End devices (e.g. cell phones and tablets) are the “people” present in the party, information flows in the network are the “conversations” in the party, and the cell covered area is the “venue” of the party. In a non-regulated environment, all the people try talking at once, raising their voices over and over in order to overcome the background noise. Eventually most of the conversation content is lost due to the extremely noisy environment.

The first is frequency-division multiple access (FDMA). This basically means putting each group of people trying to have a conversion in a different room within the venue (whereas the rooms represent different channels within the available frequency band). That way, they will not suffer interference from other conversations in the venue. This is a very effective solution as it gets the work done; however, since the rooms, walls and construction make the use of the venue (frequency band), which is a valuable resource, it’s rather non-efficient.

The second technology is time-division multiple access (TDMA), in which we give each conversation a specific time slot in which it can happen. This conversation is muted in all other time slots in order not to interfere with other conversations. This is a more efficient method, and it can be combined with the first method for optimization.

The third method is highly sophisticated. All the people use the same room and talk at the same time, but use different languages – i.e. each conversation is conducted in a language unique to it and different from all other conversations. Utilizing the selective attention phenomenon described earlier, it is much easier to identify content in your own language by eliminating foreign language “noise.” This is how code-division multiple access (CDMA) works, as is “encrypts” each data stream with a code orthogonal to other codes used in that area, allowing easy “decryption” in a noisy environment.

The last method, used in LTE, 5G NR and other technologies, is a bit harder to explain with the cocktail party model. It is, roughly, an optimized way of running FDMA, called orthogonal frequency-division multiple access (OFDMA). It uses some unique features of waveforms in order to use extremely small “rooms” with super thin yet noise-blocking walls in order to manage the conversations. 5G NR, the latest radio protocol, uses two variants of orthogonal frequency-division multiplexing (OFDM) – cyclic-prefix OFDM (CP-OFDM) for downlink traffic, and discrete Fourier transform spread OFDM (DFT-S-OFDM) for uplink traffic.

Hopefully this analogy helped us understand the different methods for overcoming the multiple access challenge, as reflected in RAN environments.

In our next blog, I will try to create a new analogy, describing the backhaul challenge as a speed dating scenario. Stay tuned…