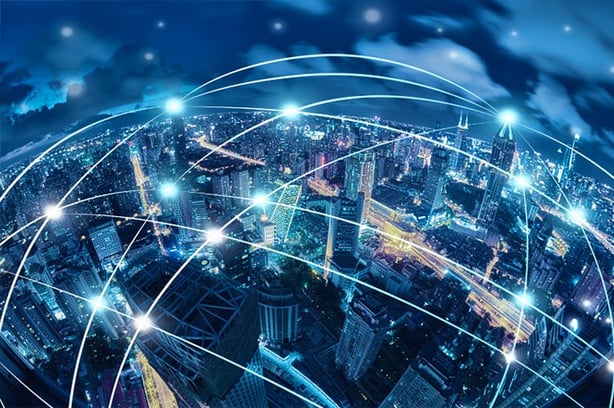 Wireless backhaul is the most widespread backhaul technology today, and nobody challenges the fact that it is the most cost-effective transport solution. Wireless is rapid to deploy and flexible as well, two more reasons service providers today are using and benefiting from it. Still, there are many myths and misconceptions out there concerning wireless transport technology. The most common misconceptions are that wireless is not as reliable nor as secure as fiber optic, is affected by weather conditions, and has a negative impact on the environment. People also often incorrectly believe that wireless tech has capacity constraints, is limited in reach, and induces high latency.

These erroneous assumptions might be the reason why some service providers have been avoiding wireless technology when designing and selecting solutions for their transport network. The aim of this piece is to debunk these misconceptions by presenting the simple truths.

When designing a wireless link, three main parameters must be considered: reach, reliability, and capacity scalability. Varying the value of any one of these factors will affect the possible values of the other two. It is the physics of radio wave propagation that determine these relations, and network architects can adjust a network design and optimize performance according to a desired target.

In terms of reliability, if a wireless link is engineered for high-availability applications with “five nines,” or 99.999%,  reliability , it will be unavailable for at most 5.26 minutes per year or 25.9 seconds per month.

Fiber optic links are traditionally perceived as the safer and more reliable transport solution. However, when disruptions occur with fiber optic cables, they require considerable time to be repaired. The reliability of a fiber optic connection is usually “three nines,” or 99.9%, which allows eight hours and 46 minutes of downtime per year.

It is obvious that, with targeted engineering, wireless links win hands down when it comes to reliability.

There are also groundless concerns that, since wireless transport networks do not use physical fiber optic cables, they are more prone to interception, which in turn leads to compromised security. But the reality is that fiber is susceptible to tapping attacks, which gives an attacker access into network traffic reserved and intended for others. There are a number of well-known malicious techniques for extracting or injecting data into a fiber optic link that are not even detectable and are serious cause for concern.

But with wireless links, physical tapping is impossible. The technology remains secure from any malicious attacks due to the high levels of security protection via encryption, a fact that is mitigating concerns that wireless transmission solutions are inferior to fiber on this front. It is also good to note that  AES (Advanced Encryption Standard), the leading encryption algorithm, is supported via wireless link equipment, where eavesdropping is successfully prevented by performing payload encryption on both data and management traffic.

Wireless Is Affected by Weather

The adverse impact of rain fade is another misconception attributed to wireless technology. There are no real issues that cannot be overcome with a well-designed system where wireless links are resilient against heavy rain. Engineers can select an adequate frequency band that is resistant to rain fade and use a prediction model for a particular zone where the wireless link is installed. In this way, link performance will remain within the acceptable range of attenuation. Wireless links that connect longer distances and are thus more exposed to rain can also be set up with lower frequency bands that render rain fade insignificant.

So it can be concluded that weather conditions do not in fact cause significant service degradation if wireless links are properly engineered.

Wireless technology utilizes one of the lowest-power categories of electromagnetic radiation and thus the safest. It is classified as non-ionizing radiation without enough energy to influence changes in atomic structure.

Wireless point-to-point links also transmit signals in a particular direction, while emissions from cellular base station antennas have an omnidirectional or sectorial radiation pattern with their beam tilted towards the ground to improve cell phone reception.

The very narrow beam of energy produced by wireless links significantly weakens with distance from the antenna. Since the antennas are highly directional and focus the transmission in a straight line to the receiving site, exposure to radiation is negligible everywhere except right in front of it. As this equipment is mounted high above the ground on masts or rooftops, exposure to dangerous radiation is therefore highly unlikely.

Characterized by this high directivity, wireless point-to-point links have an effective radiated power of less than 1W, much less than the radiation intensity of a cellular base station.

Because of this, concerns that the operation of wireless transport networks might have an adverse impact on the environment and people are unfounded.

Wireless Links Are Not Scalable in Capacity

Not true. In recent years, under constant pressure to obtain ever-higher capacities, microwave technology has made great improvements in terms of capacity evolution.

Capacity evolution is driven by advancements in several areas. The capacity of a wireless link can be increased via better spectral efficiency using higher modulation techniques and frequency reuse methods. It can also be improved by consuming more frequency spectrum with wider and multiple channels or through optimization and compression, which achieve more effective bandwidth use.

Advanced microwave equipment utilizes Line-of-Sight MIMO (Multiple Input Multiple Output) technology for increasing spectral efficiency and capacity as well. By using multiple antennas with calculated optimal separation between them, the system capacity can be multiplied within the same spectrum.

Beside capacity-boosting techniques, as wireless transport networks need to accommodate even larger capacities, a shift towards high frequencies is inevitable. Gigabit connectivity can be established with short-ranged links in V-band (60 GHz). Although V-band is a band with high oxygen absorption that produces attenuation, it is suitable for high-capacity services in urban areas with typical link distances of under one mile.

The 70/80 GHz band, known as E-band, is characterized by a significant amount of available spectrum (10 GHz) and low spectrum fees, enabling one gigabit per second (Gbps) and greater data rates. It is definitely superior in comparison with lower frequency bands that are bandwidth-limited and is already extensively used to enable spectrum decongestion and greater throughput.

Important innovations have been emerging in this field, such as multi-band technology, a combination of E-band and traditional microwave that significantly improves link performance.

The race for capacity will not slow down and is headed towards even higher frequencies, with wireless technology now focused on the use of frequencies above 100 GHz. Technological developments are concentrating on applications in W-band and D-band as well, where huge bandwidth is available and propagation conditions are not dramatically worse compared to E-band. This will enable the next jump in capacity towards very high throughput; even 100 Gbps will be achievable.

With all of this taken into account, it is clear that the capacity boundaries of wireless point-to-point links are continuously attaining and exceeding performance levels previously only thought possible via fiber deployment.

Again, far from the truth. As already mentioned, in a point-to-point wireless link design, adjusting between parameters leads to the desired performance. And in order to achieve longer distances with wireless transport, a shift to lower frequency bands is necessary.

It doesn’t often arise that wireless links are needed for connecting extreme distances, but it is possible. With a sub-6 GHz band, the longest point-to-point link successfully established stretched over 150 miles.

Concerns Regarding Latency in Wireless

There is also another important fact that should be considered. The lengths of deployed fiber optic cables between sites are typically around two times longer than the straight distance through the air. Clearly, signals travelling through the air have remarkably lower latency than fiber.

For this reason, wireless links are selected and widely used in networks for financial institutions, where extremely low latency is critical for business.

Wireless transport technology remains a top choice for service providers today due to being cost-effective, flexible, and fast to deploy. It is a reliable, secure, and suitable solution for many network scenarios and most definitely on par with fiber optic. And with the stream of innovations emerging in wireless transport technology today, multiple performance improvements have been achieved that should put to rest concerns from those who remain in doubt.

Dispelling some of the most common misconceptions about wireless transport is a first and important step to help those service providers still hesitant to implement wireless gain the knowledge required to understand the real benefits of this technology and properly leverage the advantages of utilizing wireless links.

Download the brochure to learn more about Ceragon IP-20 Platform