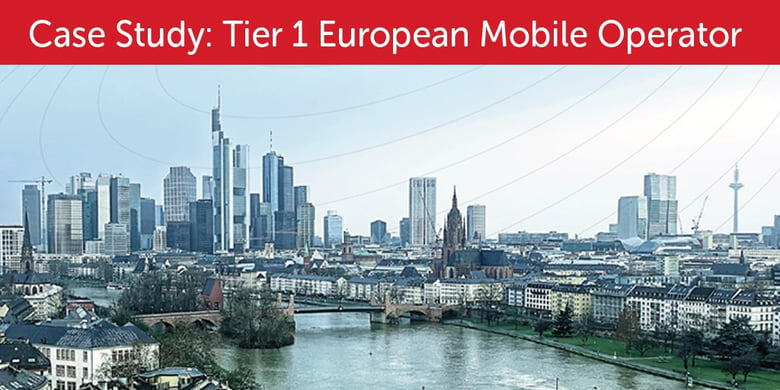 A respected tier-1 European carrier proudly holds its country’s best-service/best-quality crown for years. Striving to maintain this position, the operator upgraded its network to 4.5G LTEAdvanced. This upgrade was required to support the ever-growing demand for data in its network, which doubled annually from 10PB/month of user traffic in 2014, to 20PB/ month in 2015, to over 40PB/month in 2016.

On top of that, it strived to increase its service offering and addressable market by utilizing its infrastructure to provide various B2X services, which require ultra-high capacity for enterprise connectivity. At the same time, it did not want to compromise its operational efficiency.

The operator searched for ways to reduce its OPEX related to wireless backhaul spectrum, which became a heavy burden on its financial metrics (as a typical 1Gbps link costs €1,600 per year in license fees). The upgrade to LTE-Advanced called for additional access spectrum, utilizing the new 2600MHz band.

It also necessitated network expansion and densification, in terms of the number of sites and the capacity required at each site. For the operator, wireless backhaul is key to connecting those sites, given the over 5,500 wireless backhaul links in its network (whereas fiber is used only to connect aggregation sites to the backbone). The operator required a solution that would easily upgrade the capacity of the existing wireless backhaul infrastructure, limited to 500Mbps per site, to as much as 5Gbps. The solution also had to allow spectrum cost reductions while massively rolling out services and sites in urban areas.