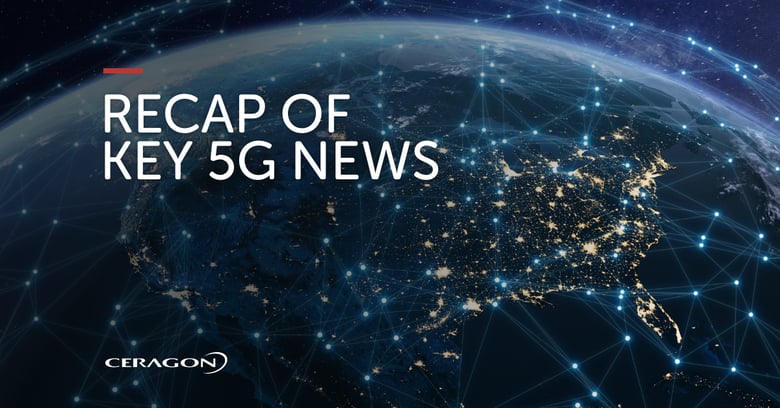 Deutsche Telekom activated an open RAN testbed, claiming it to be the first in Europe featuring Massive MIMO radios. The company seeks to validate the technology provided by a number of vendors involved in the project.

Deutsche Telekom revealed O-RAN Town in late 2020. It will now use open RAN fronthaul interfaces and Massive MIMO radios to deliver 4G and 5G across up to 25 sites.

Massive MIMO increases the number of devices each radio can support and is a cornerstone of many 5G networks, so its integration with open RAN is an important goal for operators.

AT&T reported it now covers 250+ million people across the U.S with 5G including using low-band spectrum in large parts of the country, reaching this goal six months earlier than planned.

Using its dynamic spectrum sharing (DSS), the carrier was able to speed up its 5G deployment by riding the back of its LTE network. Its millimeter wave (mmWave) technology (a.k.a. “5G+”) is now in parts of 38 cities and 20 venues with plans to grow to parts of 40 cities and 40 venues by the end of 2021.

As for its C-Band, AT&T expects to cover 70 million to 75 million people by the end of 2022, beginning deployment of the 40 MHz portion of its C-band spectrum when it becomes available later this year.

Five of the top operators in the Middle East pledged to deploy open RAN across their sizeable footprints.​​

The operators, Etisalat Group, Saudi Telecom Company (STC), Zain Group, Saudi Arabia-based Etisalat affiliate Mobily and du, made a joint statement agreeing to share knowledge of the new infrastructure and deploy it across their operations.

The move to open architecture would allow new players in the hardware market, improve cost efficiencies and allow more agile and flexible networks across 4G and 5G in the region.

Thailand’s third-largest operator, dtac, predicted the transition from 4G to non-standalone 5G will be faster than the country’s transition from 3G to LTE because lower prices of 5G compatible devices will drive greater adoption.

The translation to 5G should take 3.5 - 4 years, said Peerapol Chatanantavef, the company’s VP of Device Portfolio. He said further in a blog, “The transition will be complete when more affordable 5G-compatible models are launched in the market. How long this takes depends on the global ecosystem, which consists of service providers, smartphone manufacturers, and chipset manufacturers.”

dtac expects more than 6 million smartphones users in Thailand will upgrade to 5G-compatible devices within a year.

The operator said it is using the 700GHz  band to expand 4G services across the country and develop 5G services in high-traffic areas. Currently, 5G is available in Bangkok, Chiang Mai, and Phuket.

In a delayed auction for 5G suitable frequencies in the 700MHz band, Spain raised a total of €1.1 billion. This is approximately €15 million above the starting price.

The sale was divided into two blocks of 2x10MHz and three of 5MHz. There were 12 rounds of bidding in total.

In the recent auction, Orange Spain reportedly spent €350 million on 2x10MHz blocks, consolidating its position with the “most spectrum in the priority frequencies for 5G” with a total of €523 million invested in Spain’s 5G spectrum.

The National Telecommunications and Information Administration (NTIA) summed up a filing to the FCC on the topic of open RAN that integrated responses from numerous agencies in the Biden Administration. It showed the White House is behind the industry's development of open RAN.

"The Executive Branch fully supports industry's development of open RAN while recognizing the importance of maintaining a full suite of solutions offered by incumbent vendors," the National Telecommunications and Information Administration (NTIA) reported.

This is significant because it’s the NTIA that advises the President regarding telecommunication and information policy issues.

The NTIA discussed the benefits of open RAN in its 26-page report, including that the approach opens the telecom industry to new players which will lead to increased innovation, reduced prices, enhanced connectivity and choices for operators.

Wireless backhaul is here to stay!