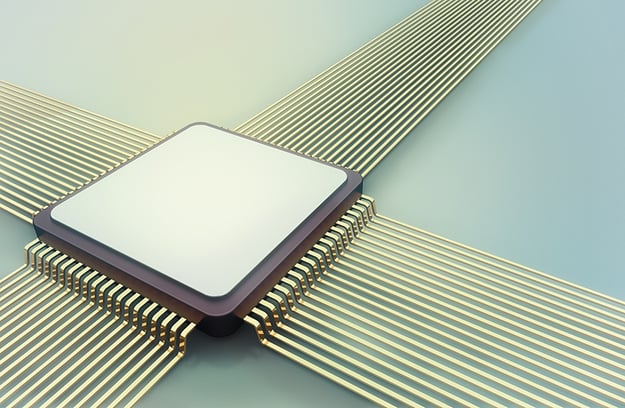 The Benefits of Developing Chips In-House

When Microsoft CEO Steve Ballmer infamously declared in 2007, “There’s no chance that the iPhone is going to get any significant market share. No chance,” Steve Jobs was forming the chip design team that would make his name and Apple’s iPhone a part of the technological legend. These very chip designing capabilities, which Jobs astutely brought in-house, have enabled Apple to maintain the massive moat between itself and an entire industry.

Almost every telecom equipment manufacturer faces the same conundrum as Apple did: the classic build vs. buy debate over the main components of a planned platform – a platform that should cost-effectively address customers’ challenges.

Buying "commercial off the shelf" (COTS) chipsets can reduce costs and shorten the R&D process. But COTS can also limit a platform’s functionality. Full customization is impossible if a company relies on outside vendors who produce fixed products with fixed capabilities.

In many telecom domains, a trend towards a “make” decision is noticeable.

Among high-end routing platforms, for instance, Alcatel-Lucent (now part of Nokia) has long been developing its own network processors. The company is about to launch its 3rd generation of home-grown silicon this year. Other routing giants, such as Cisco, follow this trend as it moves from COTS network processors to home-grown ICs.

In the wireless backhaul domain, however, the majority of the vendors have chosen to accept and acknowledge the compromise of COTS components and continue to buy their chipsets from vendors such as Broadcom Inc. (Which is offloading its wireless backhaul activity to MaxLinear after being acquired by Avago Technologies) for their microwave systems.

But wireless backhaul vendors shouldn’t be settling for COTS. Instead should build their systems on platforms that use home-grown modems and RFIC (Radio Frequency Integrated Circuits).

For one, a wireless backhaul vendor that manufactures its main components in-house can directly meet, without hesitation and the involvement of a third party, the needs of any customer. Flexibility and responsiveness in manufacturing, especially in an industry that constantly undergoes changes, are paramount.

Because of this attention, home-grown ASICs and RFICs can power a spectrally efficient, high-capacity, cost-efficient advanced wireless transmission system. When comparing basic parameters – such as spectral efficiency, capacity, and system gain – a vertically integrated platform has a demonstrably clear advantage over other products that are based on COTS components.

Developing chips in-house creates other benefits for customers. For instance, a wireless transmission system that is built to specification and performs at a higher level than a COTS-driven one will provide the necessary capacity to take on mobile traffic with maximum spectral efficiency and system gain.

Achieving higher system gain allows customers to use smaller antennas in their networks which, in turn, reduces direct CAPEX as well as related OPEX such as tower leasing expenses, installation, and transportation costs.

While the make-buy decision seems like a vendor-related dilemma, it also greatly affects customers (the communication service providers). Make-buy directly affects the platform that can bring the highest benefits to providers.

While the make-buy decision seems like a vendor-related dilemma, it also greatly affects customers (the communication service providers). Make-buy directly affects the platform that can bring the highest benefits to providers.

For four generations, Ceragon has developed its chips in-house because it realizes the significant value it brings to customers. Systems built on top of Ceragon chipsets deliver capabilities that allow wireless providers to increase their operational efficiencies, ensure peace of mind and enhance their subscribers’ quality of experience. It’s a big decision that touches everyone.