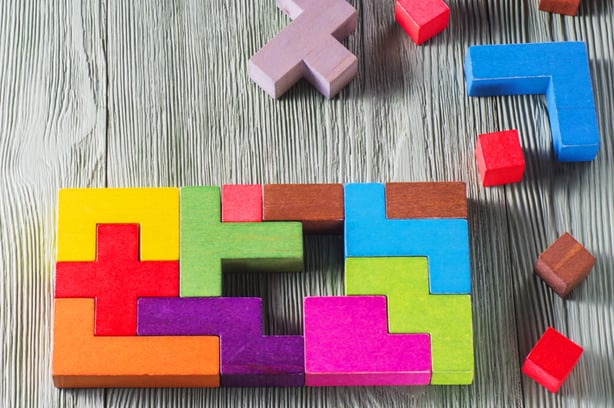 Lost you at “disaggregation”? Read on…

Last week, we discussed the multidimensional challenge curves of 5G. We learned that 5G not only extends the challenges and requirements from technologies and solutions, but also introduces new types of challenges, in different dimensions. This trend stretches industry innovation, as it now must progress faster, and in more directions, in order to accommodate those new challenges. Before we talk about how this is possible, let’s first review the disaggregation concept.

Disaggregation, in general terms, is the separation of a solution in the telecom or IT domains to components such as hardware and software while eliminating the very high dependency between those components. Such dependency is inherent in non-disaggregated, or monolithic, systems. The benefits of disaggregation are obvious, as both the customer and the vendor leverage this concept to their advantage. In the case of software and hardware disaggregation, for instance, the customer can choose and upgrade his hardware from a large variety of products available from several vendors, while still leveraging the advanced feature set of currently deployed software. The vendor, on the other-hand, can accelerate its solution innovation by: untying the bond between its HW and SW; utilizing industry-wide innovation; using merchant silicon and commercial off-the-shelf (COTS) components where possible; and focusing on those HW and SW domains in which it provides unique value.

Disaggregation is not a new concept. In fact, early implementations of this concept in telecom networks date back to the end of the 20th century. Monolithic voice-switching systems (namely huge and proprietary class-4 and class-5 switches) faced an agile alternative in the form of the softswitch, which basically offered a voice-switching software that ran over standard operating systems and COTS servers. Over the years, this concept gained ground in different areas of the network – particularly those parts of the network that needed to maintain rapid growth, maximum flexibility and an attractive cost structure. An example of such a domain is data center networking, with its huge amount of computing and networking requirements. This led the so called “Super 7” to start assembling their servers and networking gear by combining dedicated software with hardware (down to the chip level) for which they had early access. This was done in order to optimize performance and cost. Super 7, by the way, is an Intel phrase describing the seven giants whose computing buying power grants them early access to chipsets and technologies. Those seven companies are Alphabet (Google), Facebook, Microsoft, Amazon, Baidu, Alibaba and Tencent. For customers who do not have the buying power or integration capabilities of the Super 7, industry offers a white box concept. In this approach, cost-effective networking HW boxes are available and can run various networking applications.

This also led the way for the disaggregation concept to branch out of the data center realm and into the communication service provider’s network. As an example, AT&T recently announced its plans to install thousands of white box routers in 2019. Those routers are a combination of white box, standard hardware combined with routing software developed to run on such merchant silicon. Similar progress was made in the optical domain, and basically wherever the network architecture allows the use of merchant silicon and COTS hardware.Several domains, though, remain, and will remain, subject to a monolithic approach. Those are domains in which a solution provider provides its dedicated HW as part of a monolithic solution, due to a specific, typically physical-layer, medium that requires innovative handling. Those include all access and transport methodologies (copper and fiber-based wireline, as well as wireless).

But even in those domains, a separation between the medium-handling part and the more generic networking and processing unit could achieve many of the benefits of HW and SW disaggregation. This is the case, for instance, in cloud RAN (C-RAN), in which the radio-specialized HW (the remote radio head, or RRH) is separated from the more generic HW at the baseband unit (BBU).

Next week, we shall discuss the wireless backhaul domain in that context. We will show how a unique disaggregation approach could be harnessed to overcome the major challenges on the road to 5G.