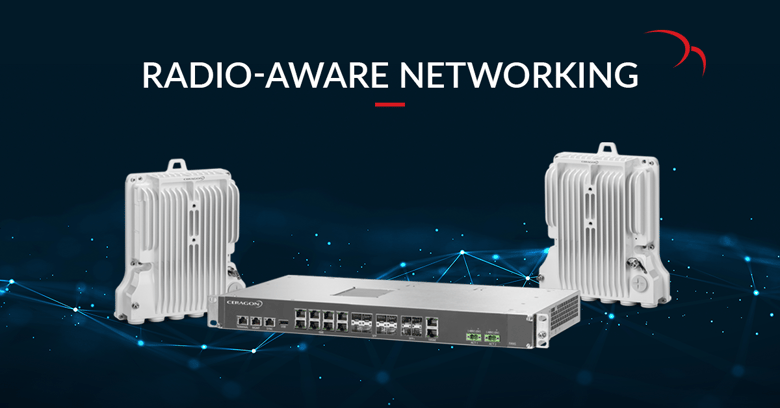 Disaggregated open networking is a concept that is evolving and gaining traction as mobile operators seek scalability, agility and flexibility (and many other “ty” words) while planning their network evolution towards 5G. Disaggregated wireless hauling is the most recent network domain to adopt the open networking concept, allowing operators to connect radios to networking elements over a standard Ethernet interface.

In theory, this means that any all-outdoor radio connected to a cell site router is actually a disaggregated wireless hauling node. In reality, there is a bit more to it. Connecting a radio to a router is only “half disaggregation.” While it allows you to manage the radio and networking innovation and evolution paths separately and leverage the best-of-breed approach on both paths, it lacks two main components for you network evolution: networking disaggregation and radio-aware networking.

Networking disaggregation, i.e. disaggregating networking hardware from networking software, is vital for scalability, flexibility and cost-efficiency, and for obvious reasons. Radio-aware networking, on the other hand, is equally important but a bit harder to comprehend – until now.

Radio-aware networking allows operators to achieve optimal performance of their network and optimal utilization of their wireless hauling resources.

This is achieved with four major building blocks:

The availability of ETH-BN for radio-aware flow control is common, and this protocol is supported by most networking, as well as radio, vendors. Timing protocols over Ethernet is slightly less common, but still can be achieved using standard networking gear.

Centralized management and layer-1 carrier bonding over Ethernet, on the other hand, are not supported by standard routers. If you plan to utilize multi-carrier solutions in an open networking environment, then you should seek a solution that not only allows you the scalability and flexibility of open networking, but also ensures optimal resource utilization – namely a solution enabling radio-aware open networking.