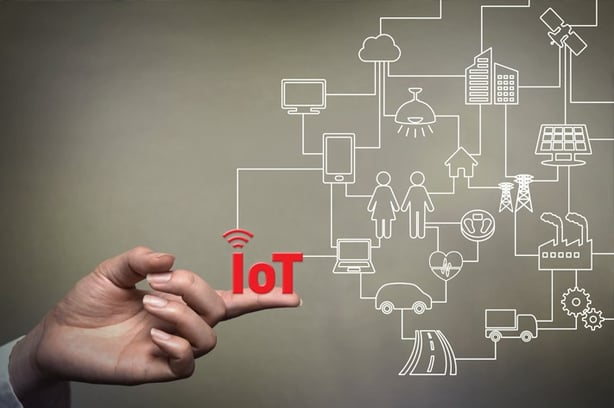 The Internet of Things (IoT) and Your Network

If you have been around in the last few years, you must have heard about the Internet of Things (IoT)…But what does it have to do with your network? How can you prepare your network for the IoT revolution and leverage additional business while you’re at it?

First, it’s important to understand there is no such thing as IoT – or more accurately, IoT is not a single thing. There are many use cases and applications that qualify as IoT, from agriculture sensors to security cameras.

These different applications differ in their capacity, coverage and latency requirements and therefore have different methods for access and backhaul connectivity.

If we examine this from the backhaul perspective, we can divide IoT applications into three categories:

Some IoT applications do not require connectivity to the internet or to a network core. An example of a backhaul-less application is Vehicle-to-Vehicle (V2V) communications. These applications use ad-hoc networking such as Vehicular Ad Hoc Networks (VANETs) and, in many cases, do not require any service from your network.

Common-backhaul applications refer to IoT applications that are commonly accessed and backhauled by large groups of end devices, much like in a common mobile network.

The access network can be an existing mobile network in which a SIM-enabled IoT end device communicates with the network core over data-stream across a 2G, 3G or 4G standard mobile network. The use of a particular network depends on the data requirements of the specific application.

In this case, the network challenge is to accommodate more data and significantly more end devices, both from a coverage and a signaling capacity perspective.

Another method for an access network is an IoT-dedicated network technology. Such a network will serve many IoT applications that are based on sensors, or other low-capacity, long battery-life end devices. Such sensors vary from environmental sensing end devices in agricultural fields to traffic detecting sensors in urban areas.

The common factor in these applications is the need for wide coverage, a huge number of low-cost end devices and very short burst on low-bandwidth information in order to preserve battery life.

The last type of applications are the most bandwidth-hungry ones – those that are the most likely to significantly affect your network. These are typically video/multimedia-based applications such as safe-city applications in which street cameras continuously monitor, in high-resolution, any corner of a modern city.

While it is theoretically feasible to connect these cameras via a 4G connection, it is highly inefficient since such connections will quickly exhaust the resources of the serving cell and degrade service level for mobile applications. The non-mobile nature of these applications calls for a fixed connection to best serve both the IoT application and the co-existing mobile-broadband application.

Dedicated-backhaul (or dedicated-access) connections require high-capacity as the aggregated throughput in a chain of cameras may reach 100s of Mpbs, and short-reach connectivity. Such connectivity is best provided by a V-Band solution, as described in one of our previous posts.

There is no doubt that IoT is the next big thing in communications – or at least the experts are claiming it is. However, in order to leverage its business potential, a network owner must be prepared to evolve its network infrastructure in a way that supports the relevant IoT use case.